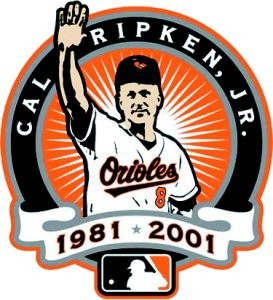 What better role model for our children to show what true dedication and hard work means?

Cal Ripken Jr. and Billy Ripken provide many resources for both coaches and parents below.

Coaching Tips with Cal and Bill

Breaking it Down with Bill

Calvin Edwin Ripken Jr. (born August 24, 1960), nicknamed "The Iron Man", is an American former baseball shortstop and third baseman who played 21 seasons in Major League Baseball (MLB) for the Baltimore Orioles (1981–2001). One of his position's most offensively productive players, Ripken compiled 3,184 hits, 431 home runs, and 1,695 runs batted in during his career, and he won two Gold Glove Awards for his defense. He was a 19-time All-Star and was twice named American League (AL) Most Valuable Player (MVP). Ripken holds the record for consecutive games played, 2,632, surpassing Lou Gehrig's streak of 2,130 that had stood for 56 years and that many deemed unbreakable. In 2007, he was elected into the National Baseball Hall of Fame in his first year of eligibility, and currently has the fourth highest voting percentage of all time (98.53%).